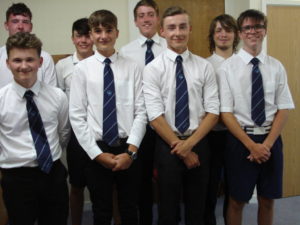 On 21 April 2019 South of Scotland hosted an inaugural and experimental match against their compatriots from Northumberland at Southerness with a view to making it an annual event. Northumberland brought a very experienced squad and fun fourball foursomes over 9 holes were played in the morning to let the visitors get accustomed to playing a Scottish links course. No scores were recorded but friendships were made.

On a course in very good condition Michael Grunwell (D&G) led the South team off in the afternoon singles against a very strong opponent and lost by 4 & 3. Dougie Borland (Southerness) then used his local knowledge to good effect to win by 3 & 2

Unfortunately the rot had set in and Craig Hill (Lochmaben), Steve Hislop (Lochmaben) and Greg Blayney (Southerness) were all beaten and it was left to Robbie McBeth (Lochmaben) to record a well – earned half on the eighteenth green.

Jamie Parker (Southerness) lost to A Dixon by 4 & 3

Neil Hamilton (D&G) lost to N Graham by one hole

Advice on Visitors during lockdown